Is there forced labour hiding in your agriculture supply chain?

A quarter of the world’s population is employed in agriculture,[1] yet for decades the agriculture and aquaculture sector have been plagued with exploitative work practices. Low paid, and often migrant workforces are easy targets for exploitation, with their work environments often escaping inspection due to their inaccessibility. Precarious employment conditions also play a key role as the work is often seasonal, and frequently informal or temporary, which means that workers are often excluded from legal and social protection.

According to the most recent global estimates, five sectors, including Agriculture, are responsible for 89% of all privately imposed forced labour. And there are 20+ Agri commodities classified at risk of forced labour, including staples such as wheat, rice, and corn.[2]  One-fifth of people in forced labour exploitation are in situations of debt bondage. According to the ILO, “debt bondage exists when labourers (sometimes with their families) are forced to work for an employer in order to pay off their own debts or those they have inherited.” Debt bondage may occur as a result of recruitment fees charged to workers by agents, brokers, or other public and private actors. Often, workers take out loans with high-interest rates to pay recruitment fees. Debt bondage is an indicator of forced labour and may result in workers being unable to freely leave their employer until the debt is repaid. Recruitment fees and costs are a common business model within the recruitment industry in some regions.

Under growing pressure from investors, consumers, media, and governments to maintain responsible and transparent supply chains, many companies in the agriculture sector have started to address these issues. Many of the best practice examples seek to go beyond the individual supply chain or business and instead focus on pre-competitive areas for collaboration to strengthen leverage and combine resources.

Industry collaborations such as the Consumer Goods Forum (CGF) and AIM Progress have, for example, started giving critical guidance to companies on how to address complex social and environmental issues. Five years ago, the CGF launched the Priority Industry Principles on Forced Labour, which identify the three most common, yet problematic, employment practices that can lead to forced labour cases.

• Every worker should have freedom of movement.

• No worker should pay for a job.

• No worker should be indebted or coerced to work.

As part of the Human Rights Coalition - Working to End Forced Labour (HRC), members commit to a series of steps supporting the resolution and adoption of the Priority Industry Principles. This includes working with selected suppliers to develop and deploy human rights due diligence systems, and to support transparency and disclosure efforts on risks and challenges in addressing forced labour.

These efforts are starting to yield fruit, despite the slow pace of change. Since 2018 there have been increases in the number of companies prohibiting worker-paid recruitment fees in their supply chains, with more than 50% of companies assessed by Know the Chain now disclosing such policies. There are also more companies demonstrating implementation of such policies, yet the gaps are still noticeable with only 13% of the 180 benchmarked companies disclosing evidence of implementation.

Companies must take better steps to ensure remedy for migrant workers, such as repayment of recruitment fees and costs and addressing unpaid wages.

In October 2022 the Consumer Goods Forum and AIM Progress developed Guidance on the Repayment of Worker-Paid Recruitment Fees and Related Costs to establish good practices to support businesses in addressing fees, specifically as members work to apply the Priority Industry Principles. The guidance explains to companies how to repay fees using a step-by-step, industry-aligned, good practice approach; and how to improve recruitment systems and controls moving forward.

What is interesting about the guidance is that it outlines how to investigate situations where workers may have paid recruitment fees and costs to get a job, highlighting key areas including: how to use a credible assessor; how to undertake sampling; best practices for worker interviews; and how to triangulate data.

Specifically, they suggest “data gathered through worker interviews should also be triangulated throughout the investigation. Triangulation of recruitment fees and costs can be challenging because physical or electronically documented evidence of fees typically does not exist, fees charged are highly informal and can fluctuate across time-periods. Most workers are not provided with receipts for their payments, or where they are, these may reflect only the legally permitted payment amounts, and therefore provide a misleading view of actual payments made.”

diginexLUMEN is a leading due diligence platform developed to shine a light on forced labour risk in complex supply chains, including those around abusive recruitment practices. In November 2022 we released our “data triangulation” feature which helps put these guidelines into practice by facilitating a comparison of shared data points across different parties, including workers, suppliers, labour providers and recruiters. It uses surveys, deployed directly to workers in the supply chain through a QR code, to identify where worker experience is inconsistent with management responses on the payment of recruitment fees and costs. Inconsistent responses between workers and other members of the supply chain are flagged for further investigation. This helps brands to digest large amounts of data to quickly identify where the issues are and helps drive transparency of both practices and actors across the chain.

Contact us today to learn more about diginexLUMEN and ensure forced labour has no place to hide in your supply chain! 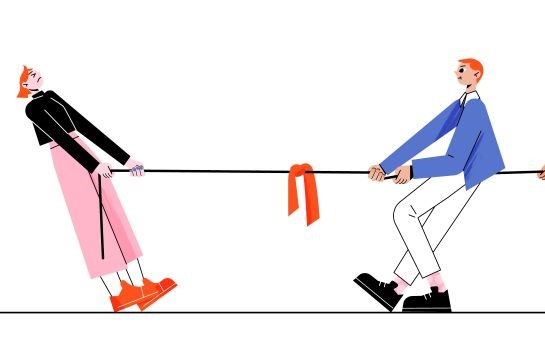 Women comprise 41 per cent of the supply chain workforce, yet unequal opportunities for women continue to exist around the world.

The ABCs of the Uyghur Forced Labor Prevention Act

Cotton, tomatoes and polysilicon, what do they have in common? All three are classified as high-risk commodities for forced labour by the US CBP - Read more!

Want to understand more about the GSCDDA and how diginexLUMEN could help you meet the requirements of this new legislation? Download our whitepaper now!